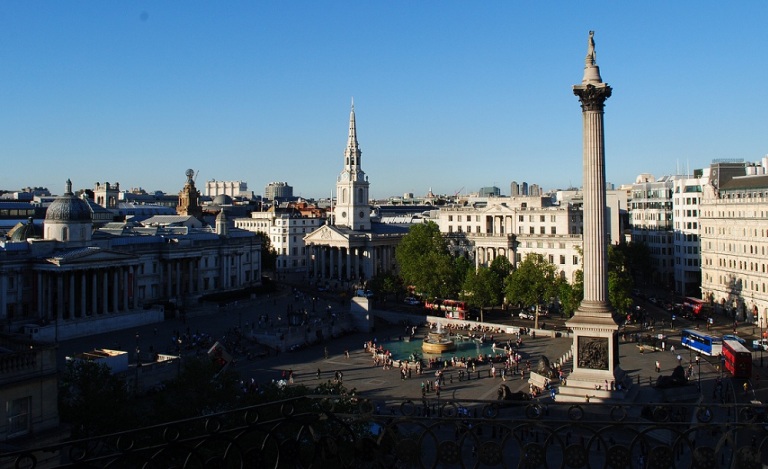 At the center of Trafalgar Square is Nelson’s Column, guarded by four lion statues at its base. The name commemorates the Battle of Trafalgar (1805), a British naval victory in the Napoleonic Wars (1803–1815). On the north side of the square is the National Gallery and to its east St Martin-in-the-Fields church.

The Gherkin, designed by Norman Foster sticks out behind the Royal Exchange, the portico of eight Corinthian columns at the front of which are based on the the Pantheon in Rome. To the right you can see the steel exterior of the Lloyd’s building, designed by Richard Rogers.

The Shard was designed in 2000 by Renzo Piano, an Italian architect famous for designing Paris’s Pompidou Centre in collaboration with Richard Rogers and Gianfranco Franchini.

View of the Square Mile from the Monument, a stone Roman Doric column in the City of London, which commemorates the Great Fire of London. 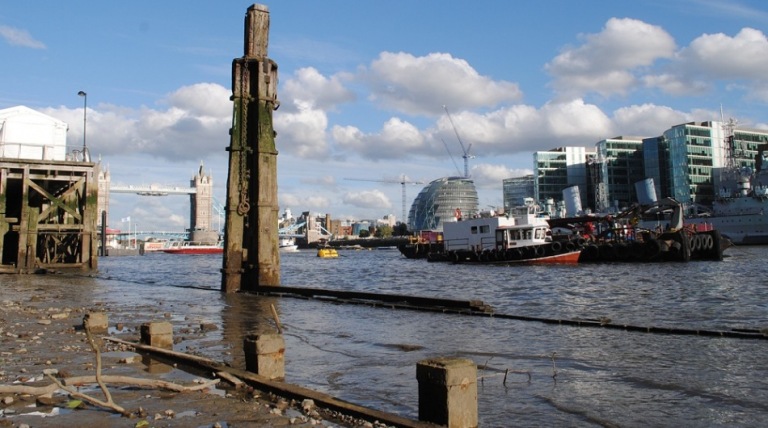 Looking up the Thames towards Tower Bridge at low tide. 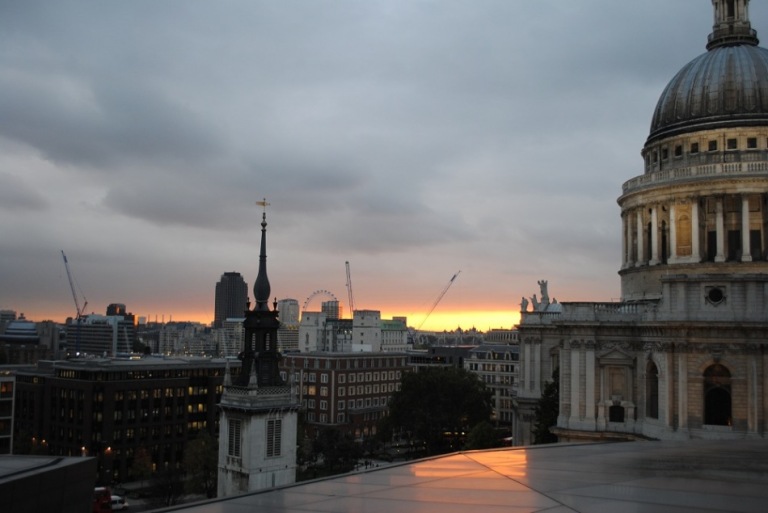 St. Paul’s Cathedral designed by Sir Christopher Wren dates from the late 17th century. In the distance you can see the London Eye, a giant Ferris wheel erected in 1999, situated on the bank of the River Thames.