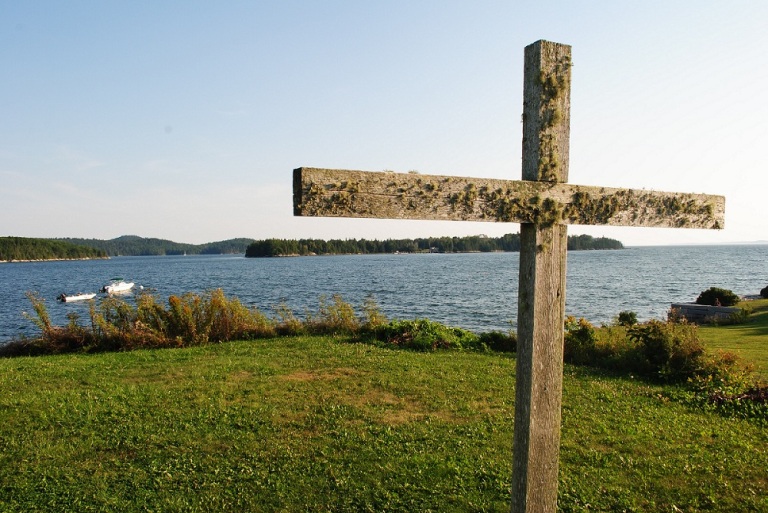 The town of Castine is named after a French military officer who served in Acadia, Jean-Vincent d’Abbadie de Saint-Castin (1652–1707). He married a Native American Indian wife, the daughter of the Penobscot chief, Madokawando.

Acadia was a colony of New France – made up of regions of eastern Quebec, the Maritime provinces and modern-day Maine to the Kennebec River.

Our Lady of Holy Hope Catholic Church now stands on the site of Fort Pentagoet (1635-1734). Fort Pentagoet served as a trading post and was the capital of French Acadia.